Digital Aging - How dangerous is Blue Light for our skin? 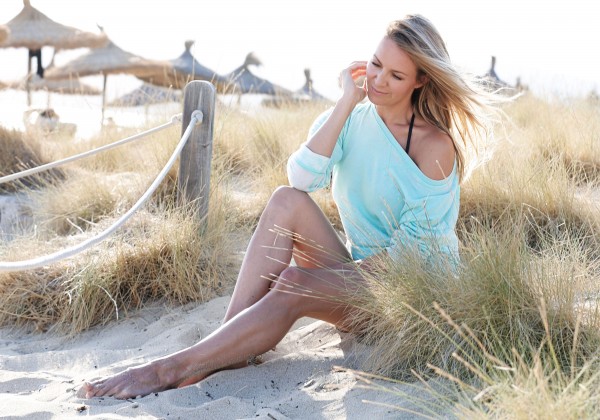 With the advent of the digital age, you've probably heard the warning words, "Do not stay in front of your screen for so long," or "do not look in your smartphone all the time, because the blue light is bad for you." Experts and consumers alike are concerned that the Blue Light could harm our bodies due to too long a screen time, often referred to as "digital aging". I have summarized for you what Blue Light is and how you could protect yourself from it.

WHAT IS BLUE LIGHT?

First, it is important to understand that the so-called "Blue Light" is a radiation with a wavelength of 400-500 nanometers. Some studies have already been able to impressively demonstrate the negative influence that harmful radiation has on our eyes and also on our "internal clock", the so-called circadian rhythm, which includes our sleep-wake cycle, heart rate, blood pressure, body temperature and others However, many metabolic functions such as carbohydrate (gluconeogenesis) or intestinal fat absorption are also affected by our "inner clock", as is our brain performance, but little is known about the impact of Blue Light on our skin .1,2,3 Scientists agree that longer wavelength radiation can penetrate deeper layers of the skin, allowing Blue Light to penetrate deeper into the subcutaneous tissue than traditional UV rays, and has the highest energy of any visible color. higher than UV light, and therefore it is natural that we should be worried. 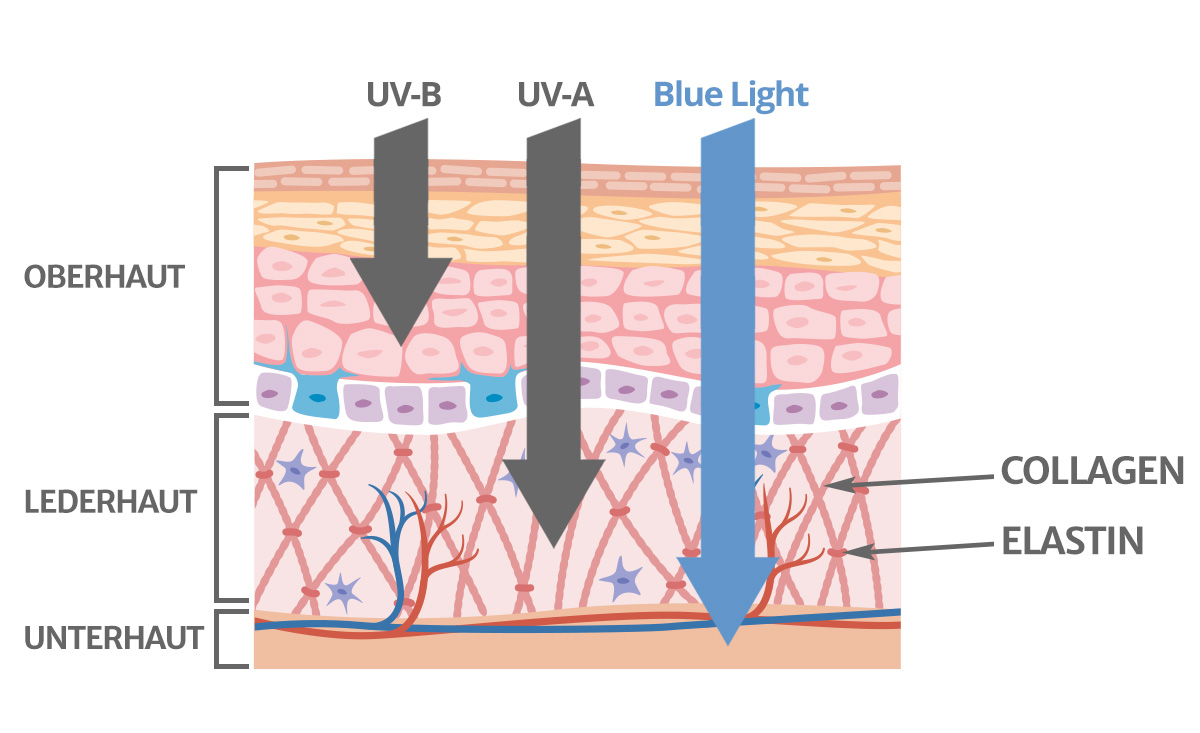 HOW DANGEROUS IS BLUE LIGHT RADIATION?

Blue light can damage our skin, the scientists agree. In doing so, Blue Light can damage both our genetic material (DNA) and, above all, produce free radicals in our skin that can lead to cell damage.4,5 However, as with many other things, it depends on the dose. As Paracelsus said "The dose makes the poison". Blue Light is one of the largest components of visible sunlight (44%) and unprotected sunbathing is known to cause irreparable damage to our skin. In addition to the known UV rays and the blue light radiation play an important role. Experiments have shown that the exposure to Blue Light is mainly caused by natural daylight, but that the exposure of various technical light sources, such as smartphones, tablets, laptops or computers as well as modern LED and halogen lights, etc. represent additional sources of stress. Especially the phone calls with smartphones leads by the direct skin contact to a direct load. Thus, the term "digital aging" is not wrong, but it plays against the burden of natural sunlight (photo-aging) usually a minor role.

HOW CAN I PROTECT AGAINST THE CONSEQUENCES OF BLUE LIGHT?

Skin aging is influenced by various external factors and especially by light. Blue light emanating from our cell phones and computers, but especially from the sun, penetrates deep into the skin and can cause damage to the dermis and even to our genetic material (DNA). In addition to the use of Blue Light Filter Apps for Smarthphone and Desktop or Night Light setting the displays and monitors, is certainly most important to dispense with extended sunbathing. If you're out in the open air, you should definitely use sunscreen products with a high SPF. Meanwhile, there are also cosmetics companies that use special plant extracts, which should also offer Blue Light protection in addition to UVA and UVB. In addition to special plant extracts (Cistus monspeliensis), which protect the skin cells from the effects of UVB rays and prevent the harmful effects of blue light, another known active ingredient is arganyl. This antioxidant is derived from the leaves of the argan tree (Argania spinosa). Due to its antioxidant effect, it should work both as a radical scavenger, defusing free radicals and protecting our cells from damage caused by Blue Light.

Since the Blue Light radiation can penetrate into deep layers of the skin, you should absolutely provide your body with a healthy diet from the inside with antioxidant. More about this topic can be found in our blog post "Antioxidants: Important for healthy cells and beautiful skin" (https://www.drschneider.tv/antioxidantien-important-fuer-gesunde-zellen-und-schoene-haut). In addition, I recommend you the need-based supply of special antioxidants and radical scavengers in the form of high-quality nutritional supplements. My personal tip is our Dr. Schneider Skin Special with argan oil as the protective "day cream from the inside". The natural carotenoids contained in the Dunaliella green algae can defuse the dangerous radicals and the riboflavin helps to protect the cells from oxidative stress.

This website uses cookies to provide you with the best possible functionality. If you do not agree, the following functions are not available to you: